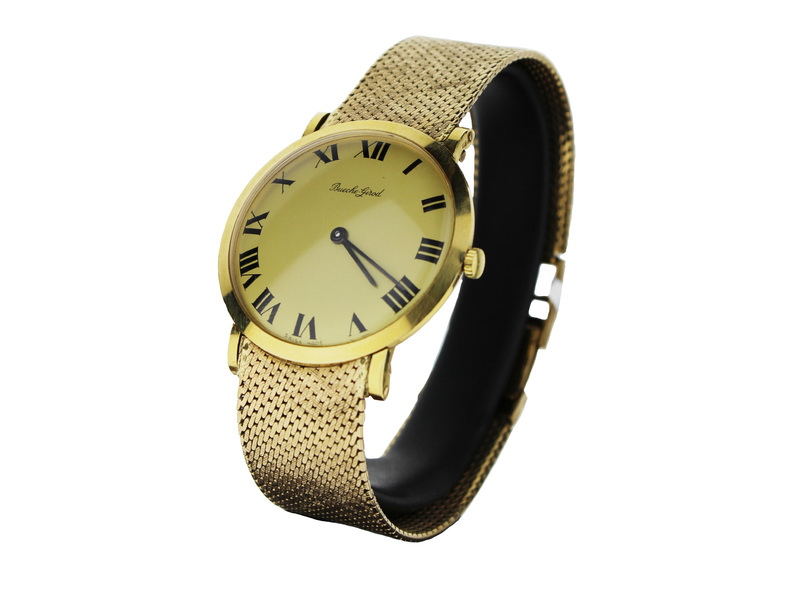 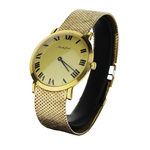 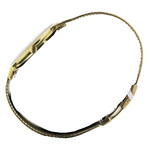 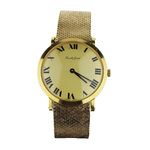 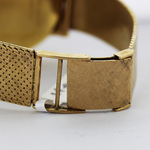 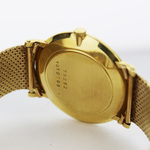 Time is the most valuable thing a man can spend.

Bueche Girod was founded in 1947. Though a small company its reputation preceeded it throughout the european market as it was well known for making excellent movements that it produced for other renowned companies such as cartier. Bueche-Girod is known for its elaborate and beautiful watches that often had jewellery like designs. The company no longer exists so these stunning timepieces have become desireable collectors items.

This watch was created in 1967 at the height of the Bueche- Girod companys lifespan. It features a stunning yellow gold case and bracelet that compliment most skintones. This watch aslo features a gold tone dial with back roman numerals and hands. The overall effect of this mechanichal watch is extremely striking. Although this was designed as a gents watch we believe that it would be equally as striking on a lady's wrist.